What are the 5 boroughs of New York? 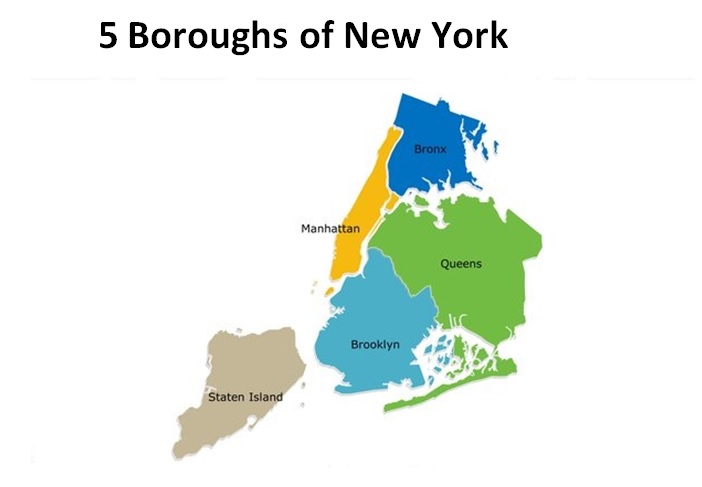 I’m excited to share my thoughts and observations about the five boroughs of New York City. I’ll be sharing my insights on what make each borough unique, and what makes them all come together to make this great city. Thanks for joining me on this journey!

The Bronx is the northernmost borough of New York City, within the U.S. state of New York. It is south of Westchester County; northeast and east of Manhattan, across the Harlem River; and north of Queens, across the East River. Since 1914, the borough has had the same boundaries as Bronx County, which is now coextensive with New York County (the most populous county in the United States). The Bronx has a land area of 42 square miles (109 km2) and a population of 1,455,000 in 2019.

Brooklyn is one of the five boroughs of New York City. It is located on the western end of Long Island, and it is the most populous borough in New York City, with an estimated 2.6 million residents in 2019. Brooklyn is home to many different neighborhoods, each with its own unique character. Some of the most well-known Brooklyn neighborhoods include Brooklyn Heights, Park Slope, Williamsburg, and Bedford-Stuyvesant.

Manhattan is coterminous with New York County, one of the original counties of the U.S. state of New York. The borough consists of Manhattan Island, bounded by the Hudson, East, and Harlem rivers; several small adjacent islands; and Marble Hill, a small neighborhood now on the U.S. mainland, geographically part of the Bronx. Manhattan Island is divided into three informally bounded components, each aligned with its long axis: Lower, Midtown, and Upper Manhattan.

Queens is one of the boroughs of New York City, located on the western end of Long Island. Queens is home to 2.3 million people, making it the second most populous borough after Brooklyn. Queens is geographically the largest borough, covering 109 square miles.